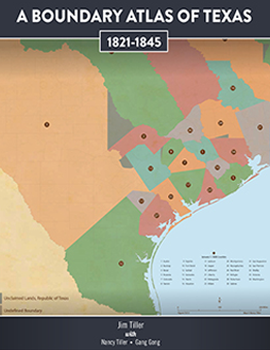 A Boundary Atlas of Texas, 1821-1845 by Dr. Jim Tiller – Available as Digital Download Only - $50.00 (2020)
Jim Tiller’s A Boundary Atlas of Texas, 1821-1845 is available exclusively as a digital download from the Texas General Land Office. Jim Tiller, along with Nancy Tiller and Gang Gong, have created detailed, easy-to-read, corner-sourced maps of the Mexican province of Texas and the Republic of Texas, including over 450 original maps with descriptive text and extensive endnotes. 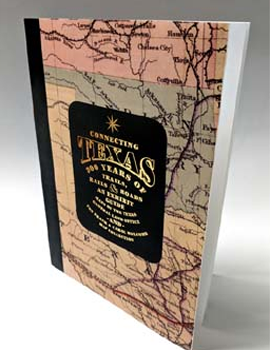 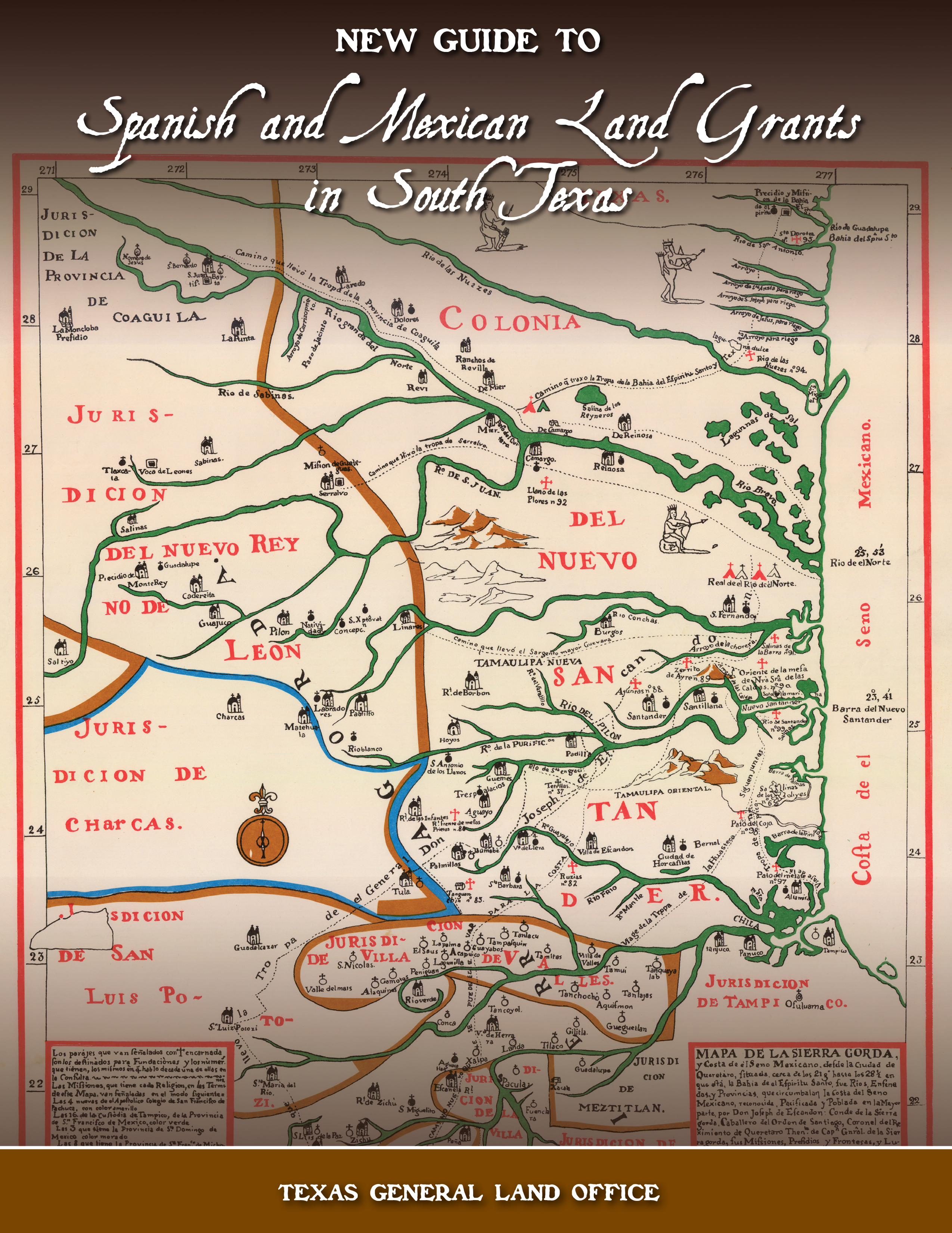 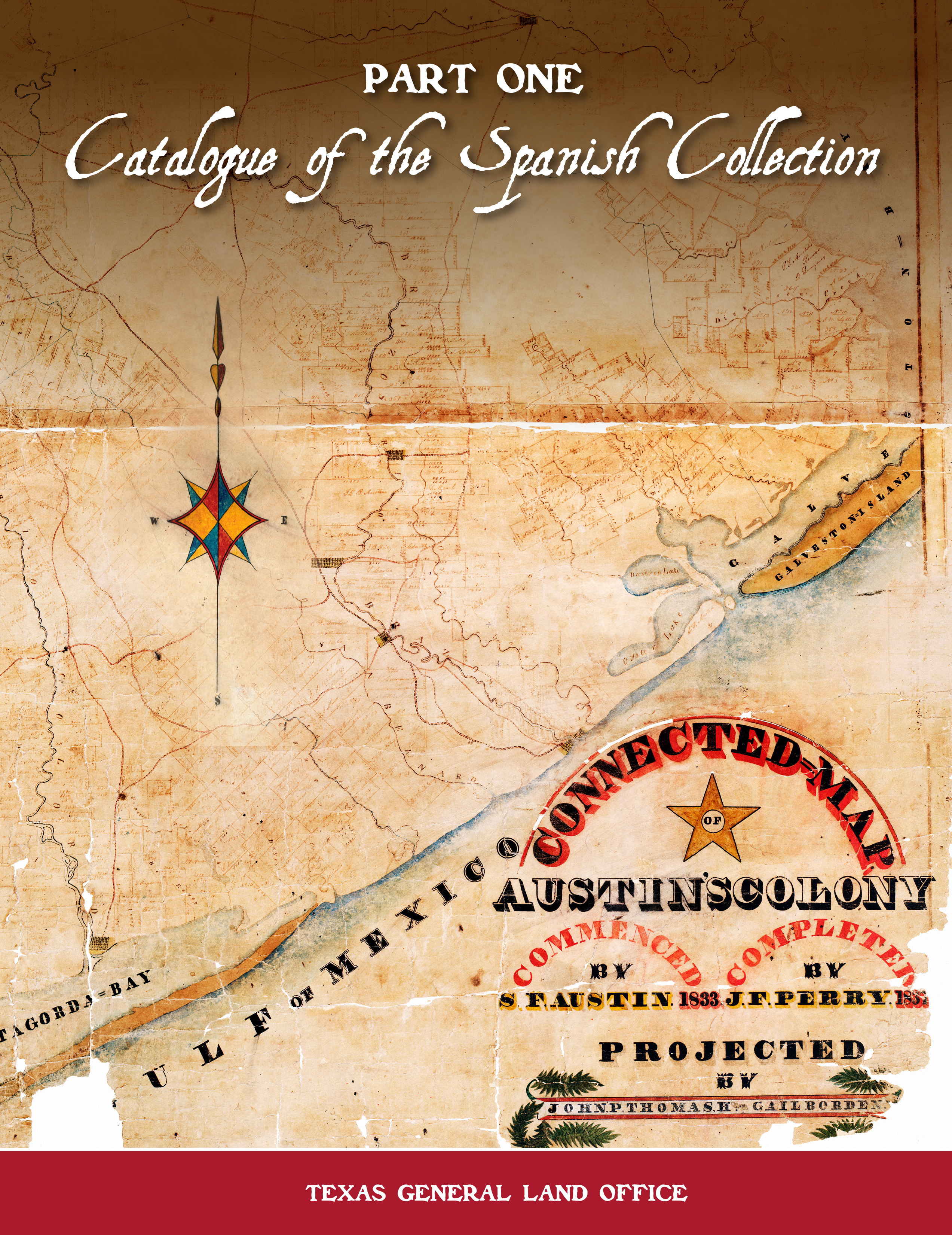 Catalogue of The Spanish Collection of the Texas General Land Office, Part I - $15.00 (2003)
This catalogue covers the Spanish and Mexican land grants issued north of the Nueces River in what was historically the Spanish province of Texas and the Mexican state of Coahuila y Texas. It focuses on titles and other documents directly related to the land distribution process. 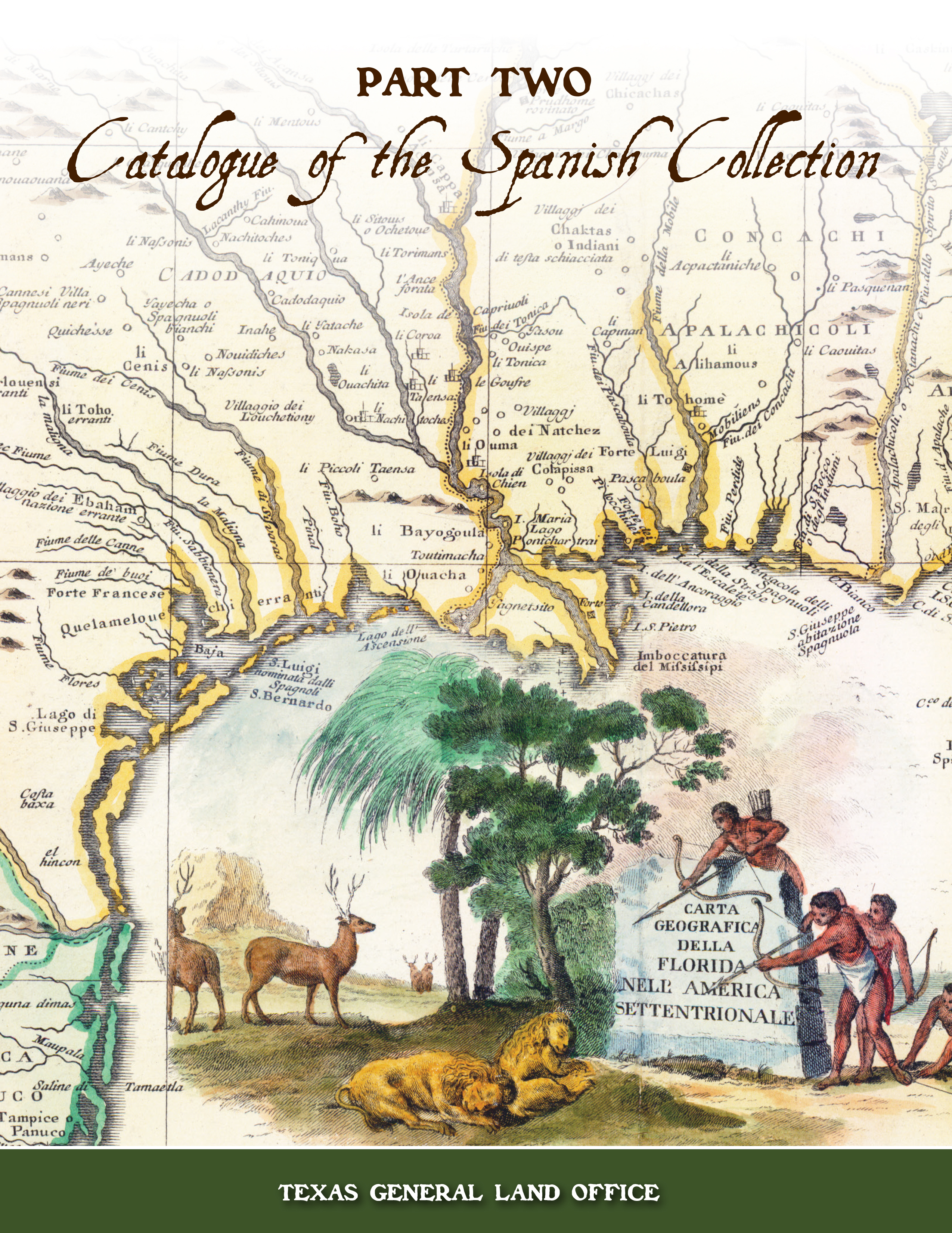 Catalogue of The Spanish Collection of the Texas General Land Office, Part II - $15.00(2003)
This catalogue describes the official documents such as correspondence, decrees, appointments, and empresario contracts associated with the administration of the land distribution system in Spanish and Mexican Texas. 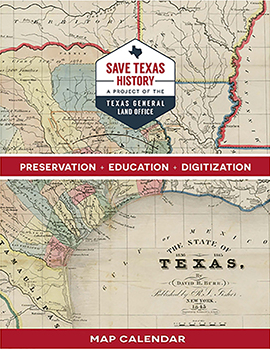 Save Texas History Annual Map Calendar - $5.00
This full-color glossy map calendar features a beautiful historic map for every month and is packed with Texas history facts for every day of the year. Great for home, office, or classroom, this collectible makes a perfect gift. 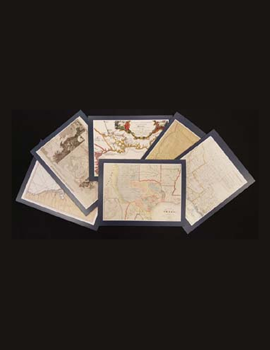 Save Texas History Map Notecards
This set of six full-color 4.25" x 5.5" notecards feature maps from the Texas General Land Office. Blank inside, these notecards are printed on high-quality paper and contain information about each map. 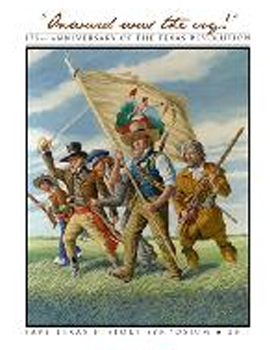 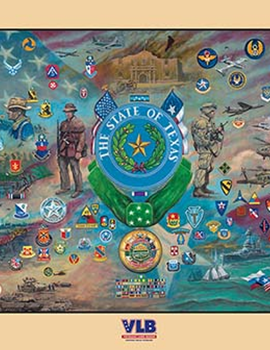 Commemorative Poster: The Spirit of the Alamo Lives by George L. Skypeck (2009)
Created by artist George L. Skypeck, The Spirit of the Alamo Lives On commemorates the storied military history of Texas, from those who made the ultimate sacrifice in defense of liberty at the Alamo, through modern military members who fight to defend our country today. This commemorative poster is available exclusively through the Texas General Land Office, with proceeds benefitting the Texas Veterans Land Board. 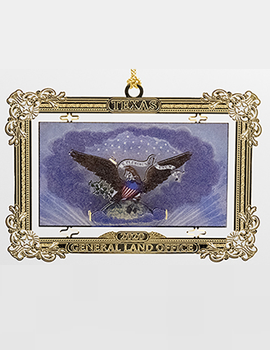 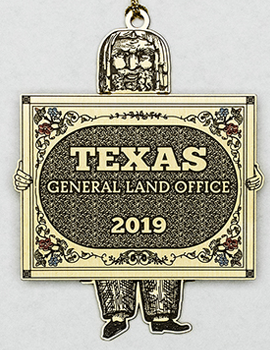 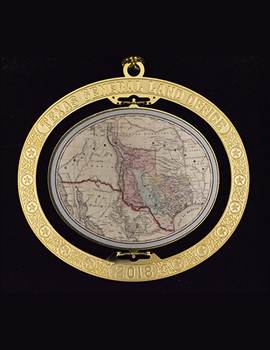 J. De Cordova’s Map of the State of Texas is the third ornament produced by the Texas General Land Office Save Texas History Program. The image is from an inset of the map and shows Texas at its largest size, extending north to present-day Wyoming. 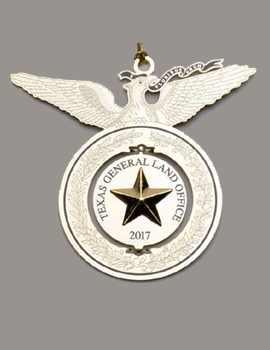 The Victoria County Eagle & Star is the second ornament produced by the Texas General Land Office Save Texas History Program. It was inspired by the title block for Charles W. Pressler’s 1858 map, Victoria County. The eagle that appears represents the United States, and it holds a banner in its beak reading “E Pluribus Unum.” In its talons it also carries the Seal of the State of Texas, a lone five-point star encircled by olive and live oak branches. 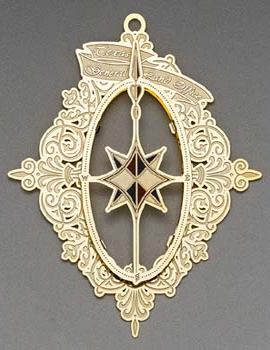 The Compass Rose of Austin’s Colony is the first ornament produced by the Texas General Land Office Save Texas History Program. It was inspired by Stephen F. Austin’s 1837 Connected Map of Austin’s Colony, which is one of the most important in the collection, establishing the model for future mapping at the GLO.