"Thousands of children across the state participated in the 22nd anniversary Treasures of the Texas Coast Children's Art Contest," Bush said. "This contest is a great way for young Texans to show their artistic skill and vision while learning about the natural beauty of our precious coast. Each year selecting the winners is a tough process because of the volume of creative submissions, but Finley's artwork stood out for her unique expression of a Whooping Crane in a marsh on the Texas coast." 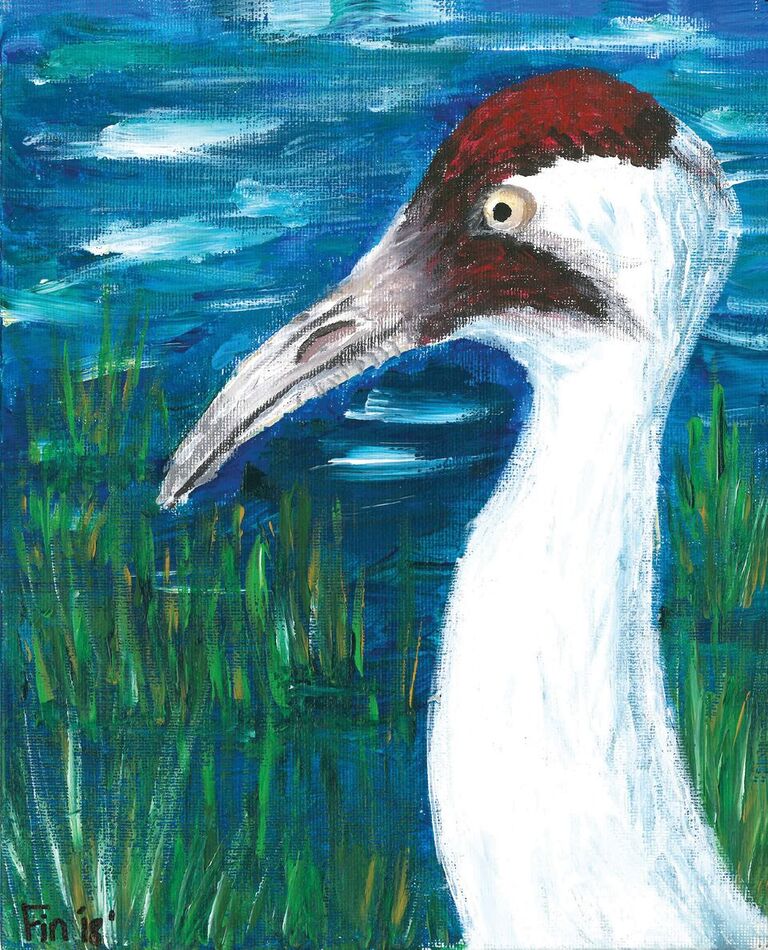 Finley's artwork, along with 39 runners-up, will appear on the cover of the 2019 Adopt-A-Beach calendar, which will be distributed statewide. The artwork of all winners will be on public display in the South-Central Gallery of the Texas Capitol May 22nd - 29th for all visitors to view and appreciate. The exhibit will be sponsored by Texas State Representative Abel Herrero (District 34, Corpus Christi).

The grand prize winner's teacher will also receive two round-trip coach-class tickets from United Airlines, and one 7-night Caribbean cruise courtesy of Royal Caribbean International. All 40 winners will receive a ticket to the USS Lexington in Corpus Christi, a ticket to the Houston Zoo, two all day passes to Schlitterbahn Waterpark in New Braunfels, prizes and a certificate of recognition from the Texas General Land Office and a calendar displaying the winning artwork.

Texas Land Commissioner George P. Bush selected Finley's masterpiece from 2,480 entries submitted statewide. The annual competition encourages schoolchildren to learn more about the Texas coast and express what they have learned through their art. Open to grades K-6 across Texas, the contest motivates thousands of young artists each year.