Contact: Brittany Eck
(512) 463-5708
brittany.eck@glo.texas.gov
PDF Version
PRESS RELEASE — Apr 05, 2018
The Alamo will hit the road next week, kicking off a statewide tour across Texas, starting in El Paso on Monday. The Alamo Roadshow will stop in nine cities, inviting Texans to learn about ongoing preservation work happening at the state's most well-known historic site and include opportunities to share their own family stories, documents, and artifacts related to the Texas Revolution. Roadshow organizers will be gathering feedback from attendees on their thoughts and suggestions for the future of the Alamo.

"The Alamo Roadshow is an opportunity for history enthusiasts to learn about the plan to preserve the Alamo and to build the state's largest Texas Revolution museum, as well as to share their own artifacts and historic family treasures," said Texas Land Commissioner George P. Bush. "I invite all Texans to join us for an evening of discussion of preservation and Texas history."

SAN ANTONIO — The roadshow will kick off April 9 in West Texas, making stops in El Paso, Midland, Lubbock, and Abilene, before continuing to other areas of the state throughout the month. Historians and curatorial staff from the Alamo and the General Land Office (GLO) will be on hand to help attendees evaluate and document stories and artifacts. Roadshow presenters will also bring several artifacts from the Alamo and GLO Archives that will someday appear in exhibits in the forthcoming Alamo Museum and Visitor's Center.

Join the Alamo at one of the Alamo Roadshow locations across Texas:

Additional details can be found at www.TheAlamo.org.

"As we begin to make plans for future exhibits and programming, and a museum to house the Alamo's collection, we want to invite all Texans to share their unique stories and connections to the Alamo and Texas history," said Alamo CEO Doug McDonald. "Whether it's a direct descendant of the Old Three Hundred, an artifact of the Texas Revolution, or a family heirloom related to Texas history, our goal is to send our curatorial professionals throughout Texas to help document and share those stories with everyone who loves Texas history. These stories are part of the Alamo's story, and could help shape the way we think about historical interpretation at the Alamo in the future."

Join us to Remember the Alamo! 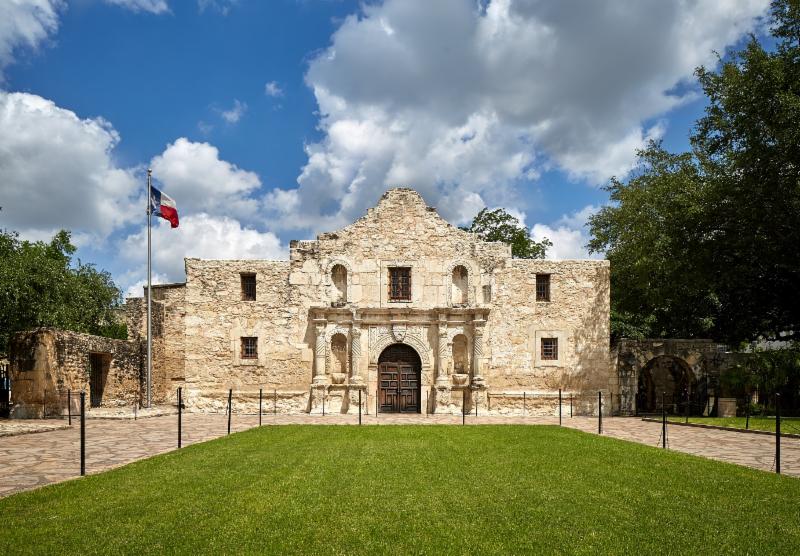