“The can-do Texas spirit cannot be stopped,” said Commissioner George P. Bush. “Despite the first postponement in Adopt-A-Beach history and the potential threat of rain, 5,199 volunteers arrived at 22 beachfront locations to remove 76,576 pounds of trash from the Texas coastline. I am continually impressed by our volunteers’ dedication to keeping our Texas beaches clean. Thank you, Adopt-A-Beach volunteers!”

The Texas General Land Office Adopt-A-Beach program is an all-volunteer effort to remove trash from Texas' shores. Coastal cleanups are held three times each year and the program's success is due to the hard work of volunteers, including local coordinators who work many unpaid hours publicizing the cleanups in coastal communities. The Coastwide Spring Adopt-A-Beach effort is scheduled for Saturday, April 13th, 2019. Adopt-A-Beach volunteers record data on the trash they find to learn more about the causes of marine debris and to help mitigate pollution along Texas' 367 miles of coastline. 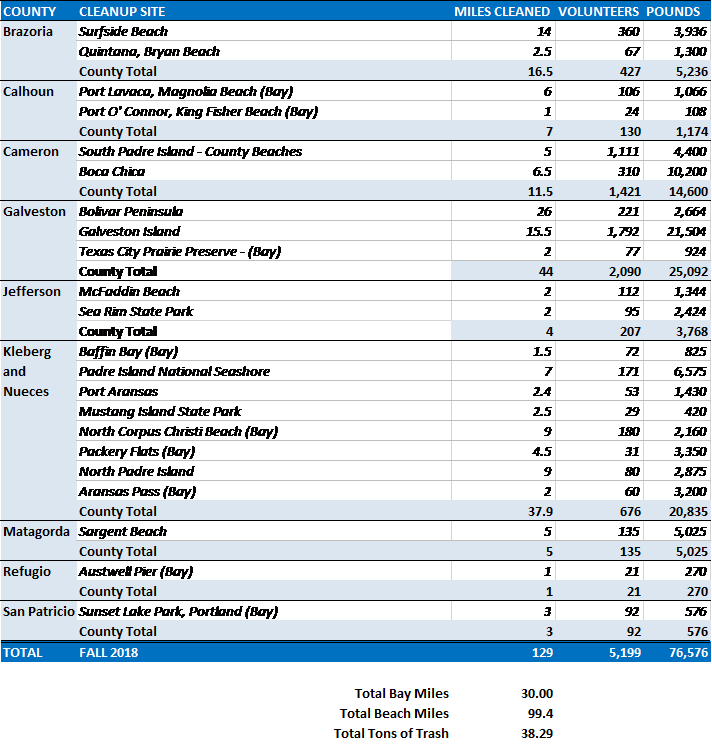