AUSTIN — Today, Texas Land Commissioner George P. Bush released the statement below following his meeting with Dr. Anupam Ray, Consul General of India. The United States and India have enjoyed a strategic partnership for over 70 years. The two nations have a shared interest in global security, stability, and economic trade. In the United States, Texas leads the country in the production of both oil and natural gas. 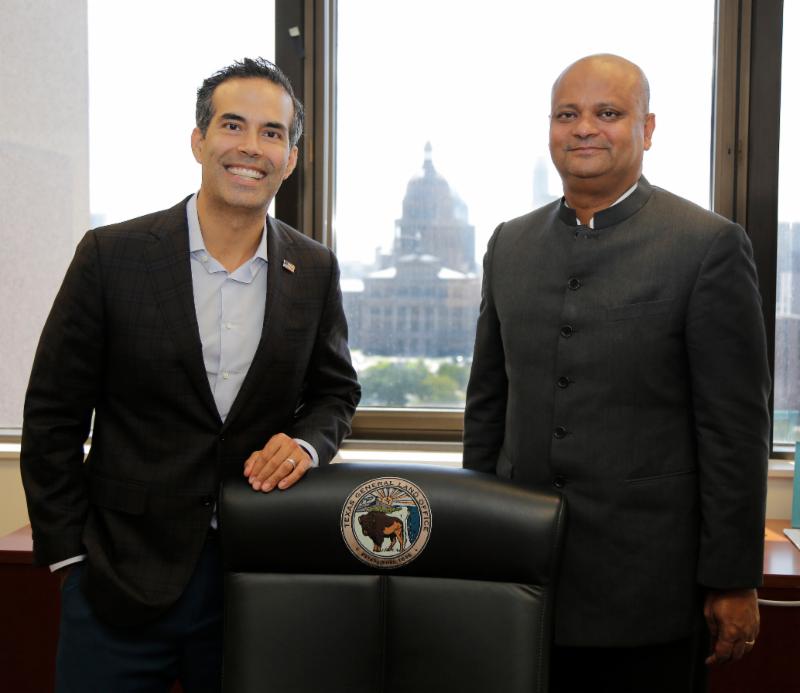 "India has always been an important friend not only of America, but Texas," said Commissioner Bush. "Texas has the fourth highest population of Indian-Americans in the United States, with over 150,000 residing in Houston alone. Closer economic ties between Texas and India is a source of strength for our strategic partnership. Recently, India and the United States signed an agreement to send two billion MMBTU annually in US LNG or LPG to India for the next 10 years. The Texas General Land Office manages coastal lands and is a key player in the shipment of LNG's. I look forward to growing our friendship and continuing to serve the Indian-American population here in Texas."