AN AMERICAN HERO FROM THE GREAT CITY OF HOUSTON


HOUSTON — Last weekend, Veterans Land Board Chairman George P. Bush was joined by Veterans from all over the nation to honor Medal of Honor recipient, Lance Corporal Richard Anderson. 50 years ago to the very day, “Tex,” as Anderson is endearingly called by friends and family, was killed from the impact of a grenade he covered to save the lives of fellow Marines in the 3rd Reconnaissance Battalion in Vietnam. The Saturday afternoon ceremony was a special, emotional occasion for his family, Vietnam battle buddies, friends and classmates. 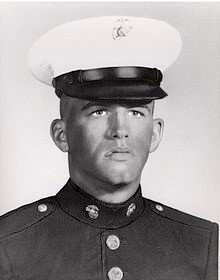 As Texas Veterans Land Board Chairman George P. Bush stated at the ceremony, “Lance Corporal Richard Anderson’s legacy will be carried on for the years to come through the residents at this new Veterans home. His act of heroism defies any sense of nobility and inspires the next generation of Texans to serve others. Today I am humbled and reminded of the courage embodied in those who never return home in the name of our freedom. To Lance Corporal Anderson, from a grateful nation…thank you.” 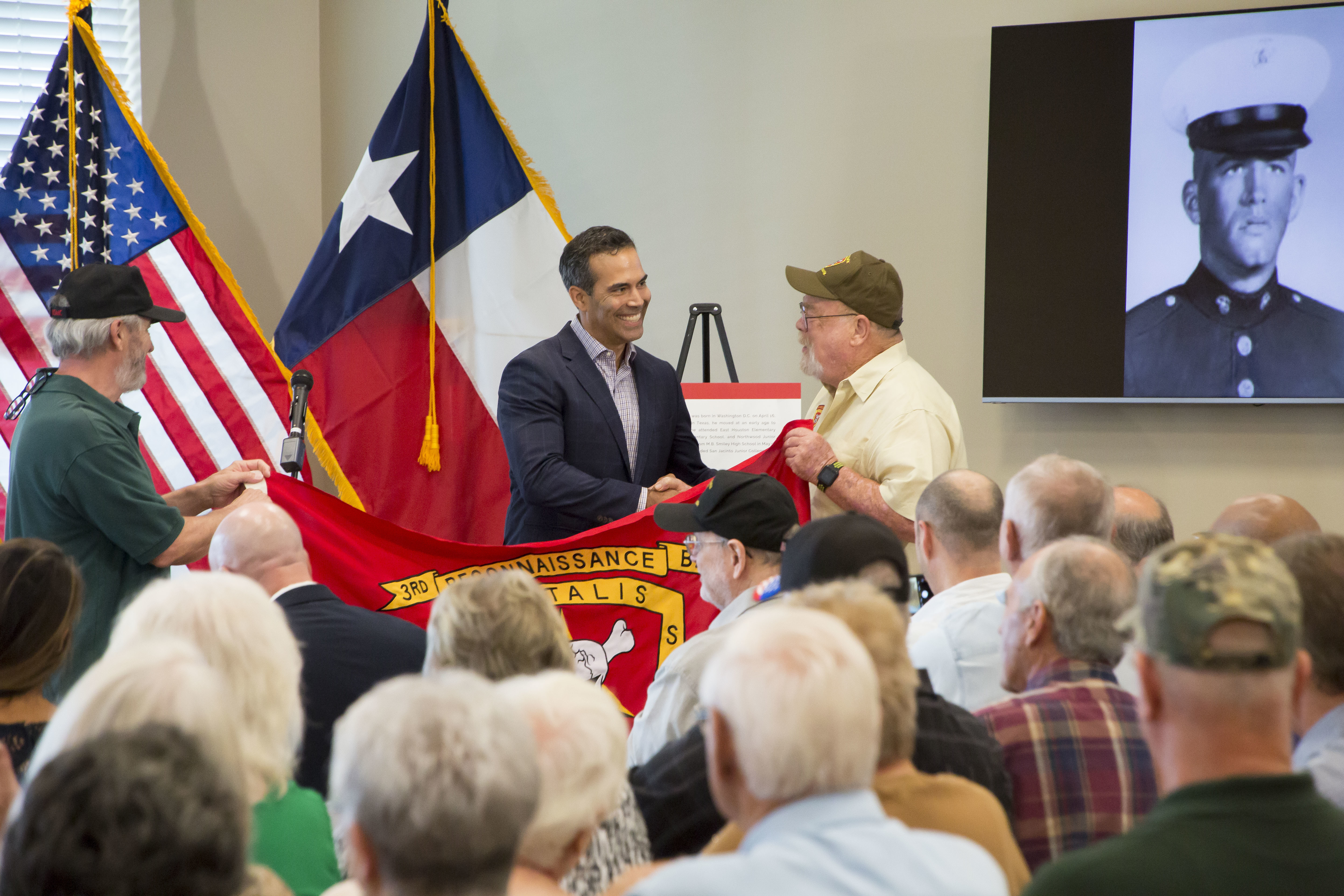 John Winters, a Marine who served with Anderson in the 3rd Recon, spoke with reverence about Anderson, describing his recon brother as, “an American hero from the great city of Houston Texas… there’s no greater honor and sacrifice than what [Anderson] made 50 years ago.”

The brand new, state of the art, Richard Anderson Texas State Veterans Home in Houston was named in Tex’s honor, and hosted battle buddies and Commissioner Bush on Saturday for the ceremony.

The Remembrance Ceremony in Houston was both a somber reflection of loss and a joyous celebration of life and reunion. The Marines of the 3rd Reconnaissance shed tears of gratitude towards Richard Anderson who, without even a moment of doubt, sacrificed everything to give them life.

For the full video footage and additional photos from the event, visit the GLO Facebook and Twitter.
Background on Lance Corporal Richard Anderson:

Once he completed all his training he was promoted to Private First-Class and was promoted again a year later to Lance Corporal after serving as the Assistant Fire Team Leader with Company E during the Vietnam War.

Anderson was mortally wounded in combat but relentlessly continued firing while his wounds were being treated by another soldier. While he was being treated the enemy threw a grenade which landed between the two men, Anderson quickly rolled over the grenade protecting his partner from the explosion.

Anderson was posthumously awarded the Medal of Honor on August 24, 1969, for his courage and selfless devotion going above the call of duty by giving his life for his country.

The Richard A. Anderson Texas State Veterans Home will open in the fall of 2019 and has 120 beds, of which 30 are designated to memory care.