HOUSTON — On Friday, February 7, Texas Land Commissioner and Chairman of the Veterans Land Board George P. Bush celebrated the opening of the 9th Texas Veterans home with members of the Houston community, State Representatives, Mayor Turner and individuals from all over the state who are committed to serving Texas Veterans.

"As Texas Land Commissioner I am honored to give a lot of speeches, but none more important than those honoring our military Vets. After serving ten years in the Navy Reserves myself and deploying to Afghanistan, there is no higher priority for our agency then continuing the fight for those who have fought for us," said Commissioner Bush. "What you see behind us is the state-of-the-art Richard A. Anderson Texas Veterans Home. This facility will give military Veterans a beautiful new place to call home." 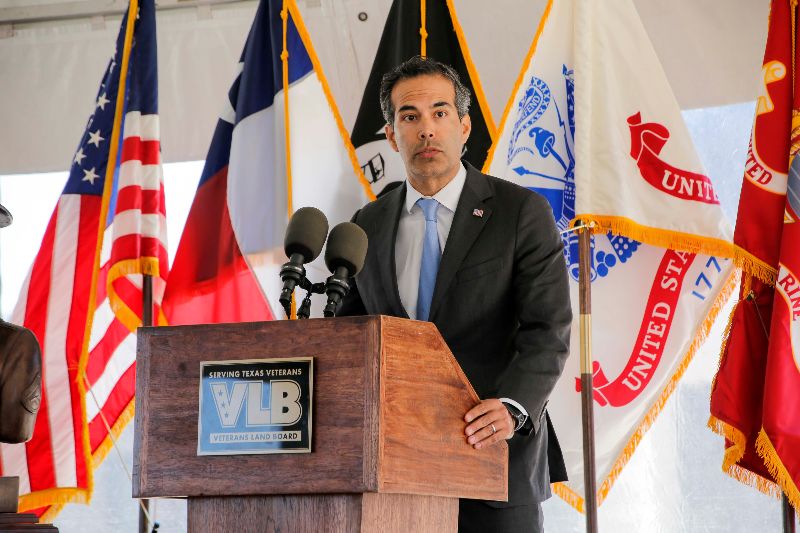 Texas Land Commissioner and Chair of the Veterans Land Board, George P. Bush 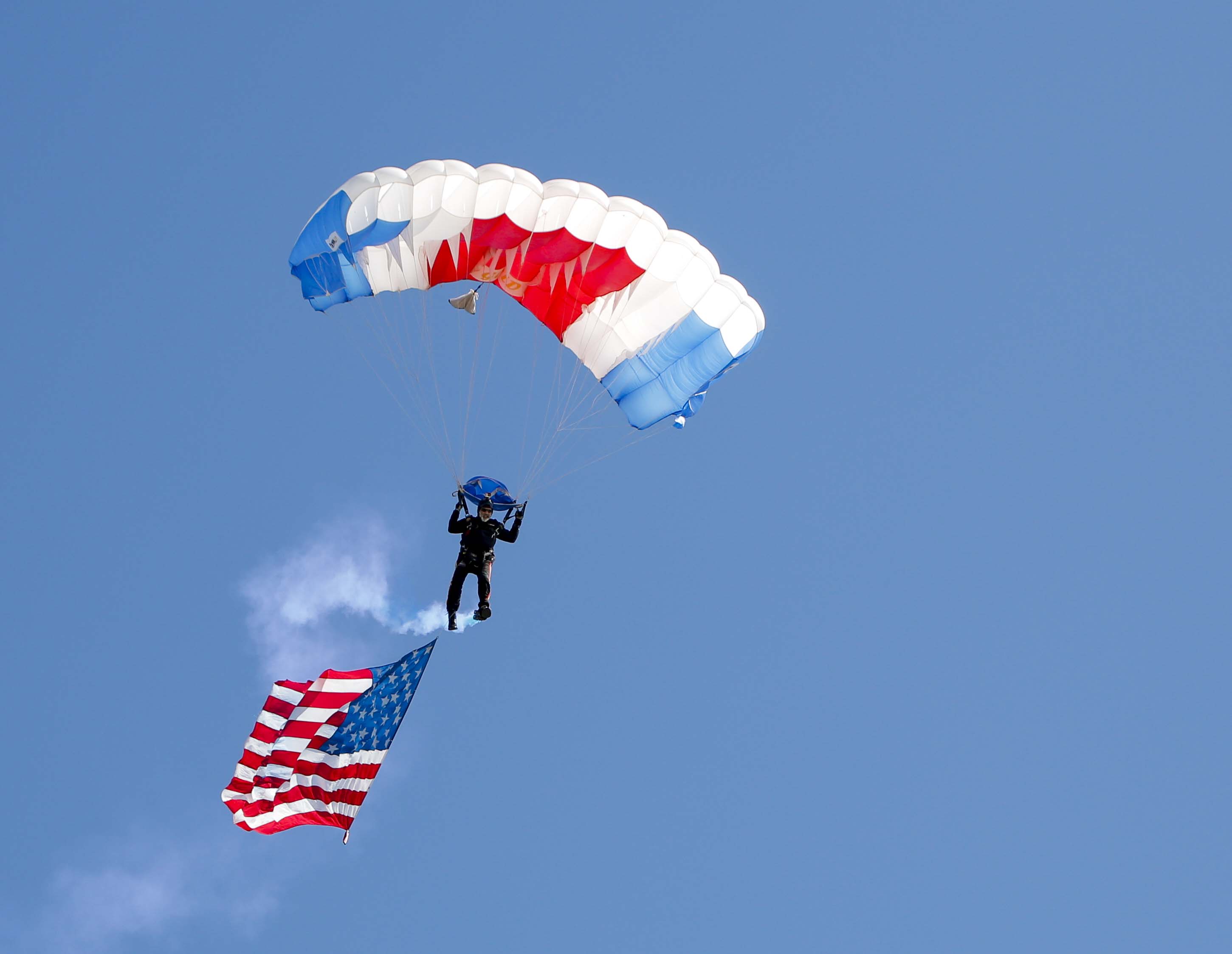 A parachute Team from All Veteran Group began the ceremony with an incredible jump displaying the American and POW flag. Commissioner George P. Bush was then presented with the jumper's American flag.

Keynote speaker Marcus Luttrell, former Navy SEAL and famed "Lone Survivor," praised the state of Texas for providing first-class care to Veterans in their golden years. He also spoke on the legacy that WWII and Vietnam era Veterans have left and what he has learned from their stories. Major General Tony Cucolo spoke on the ultimate sacrifices our military service members make and the importance of our continued commitment to their their families. 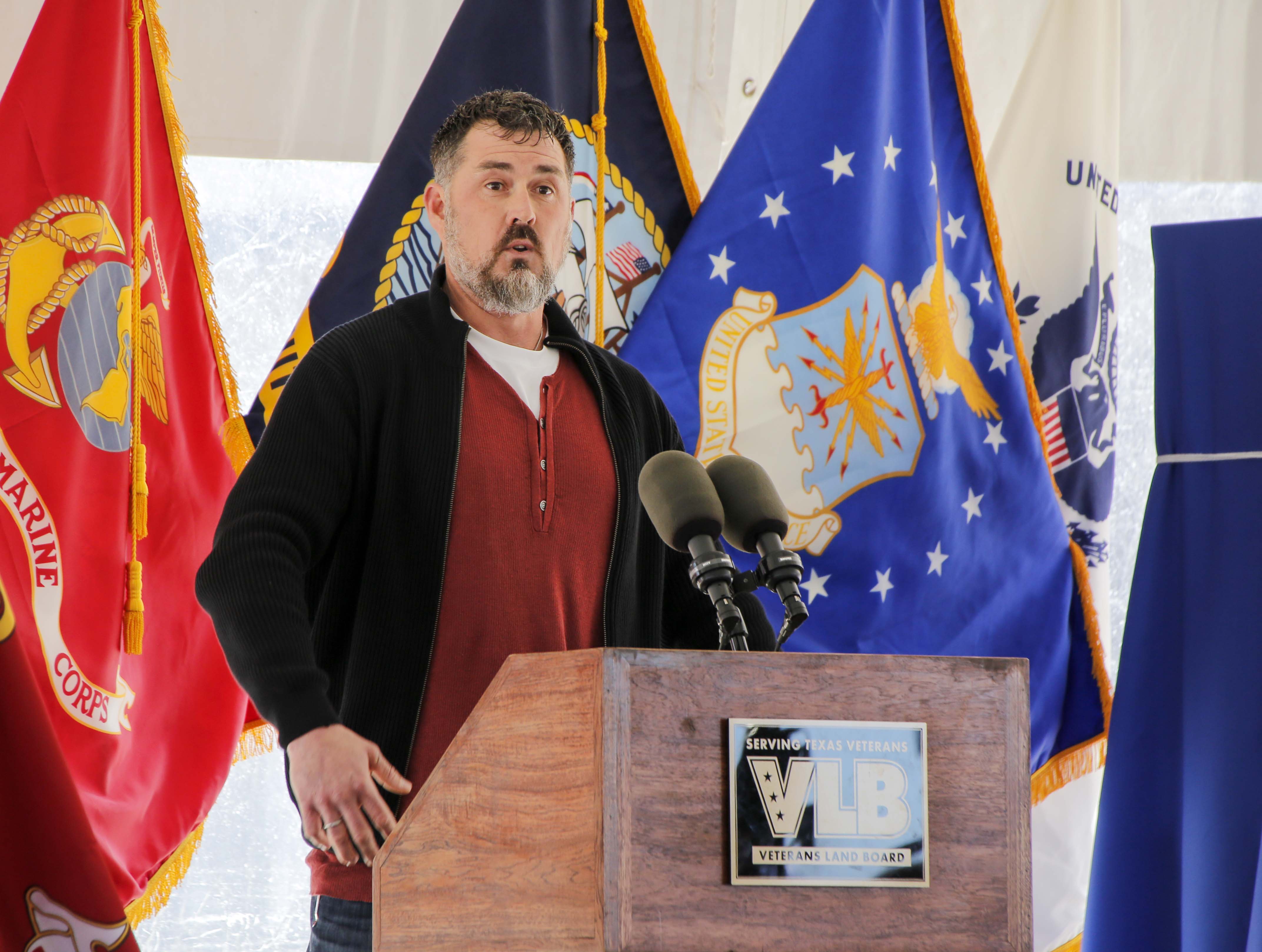 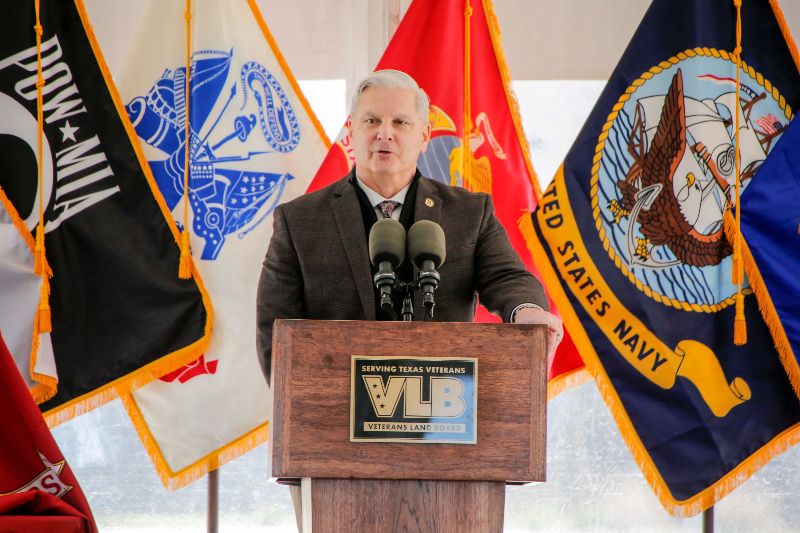 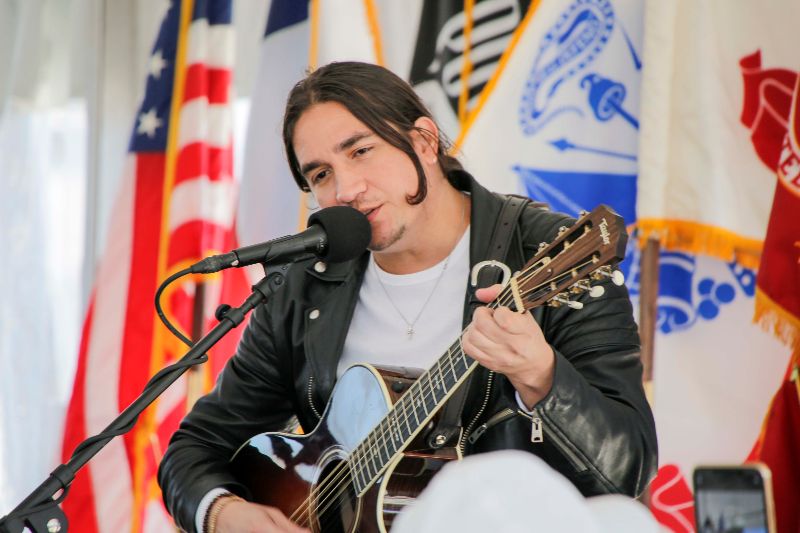 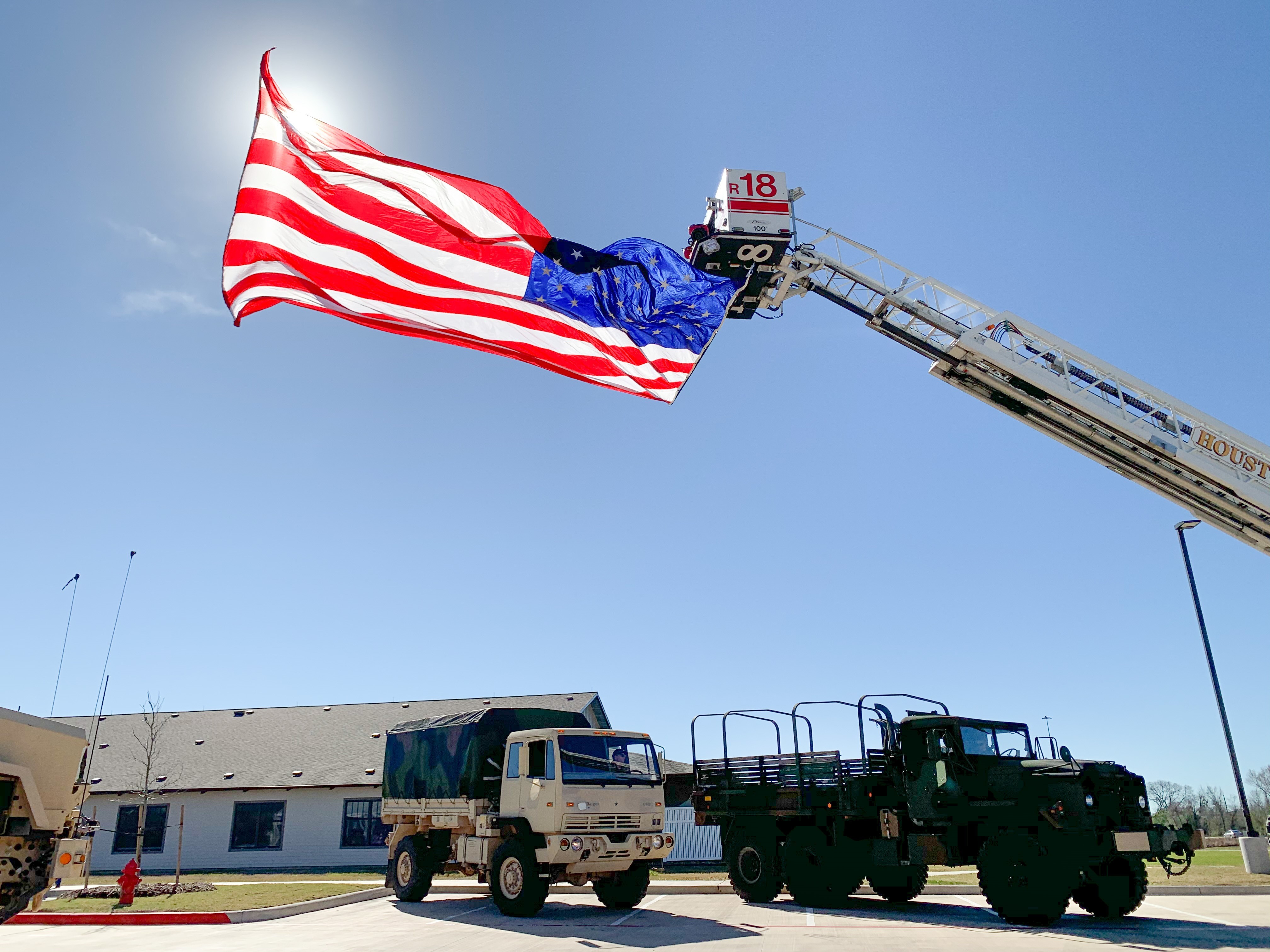 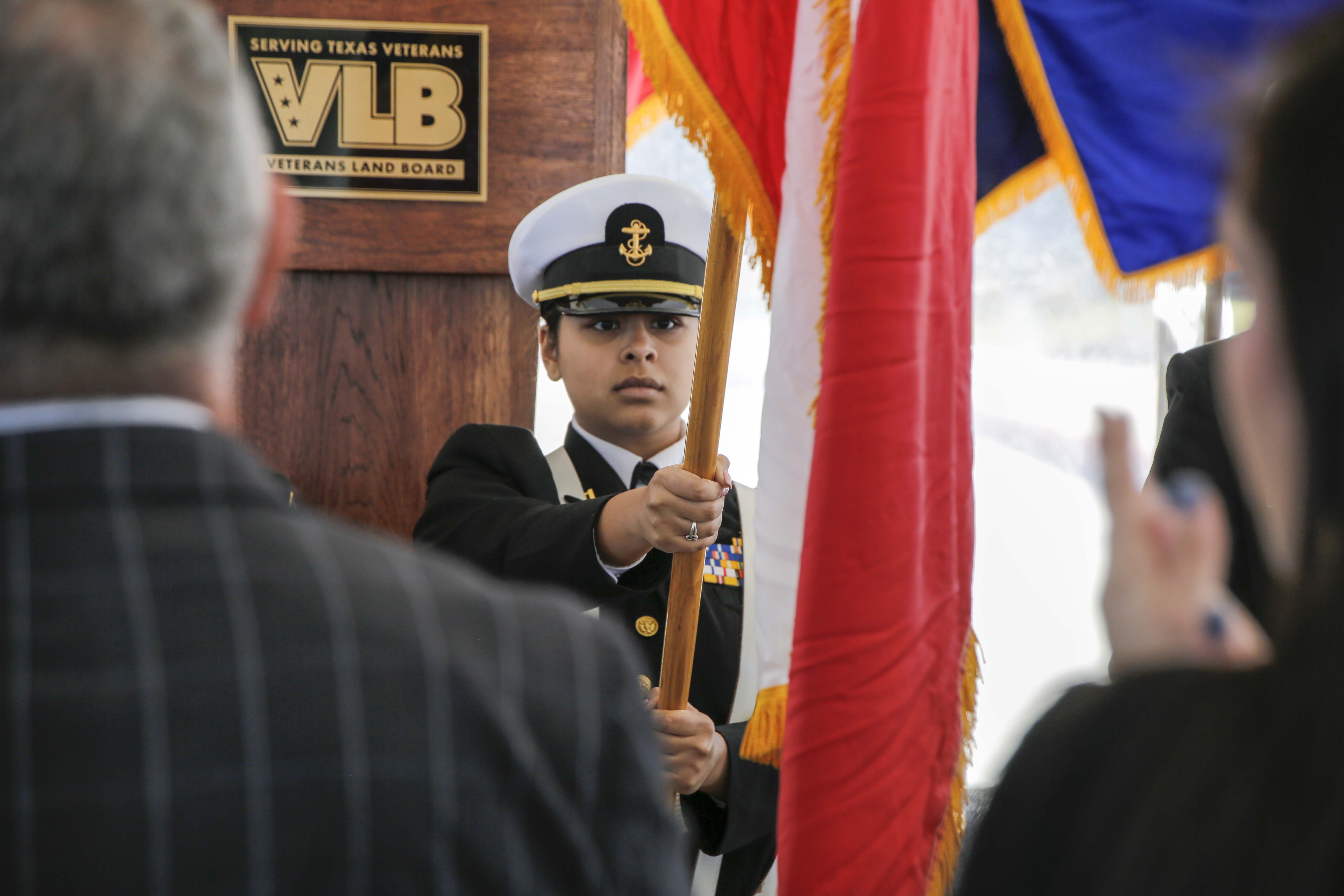 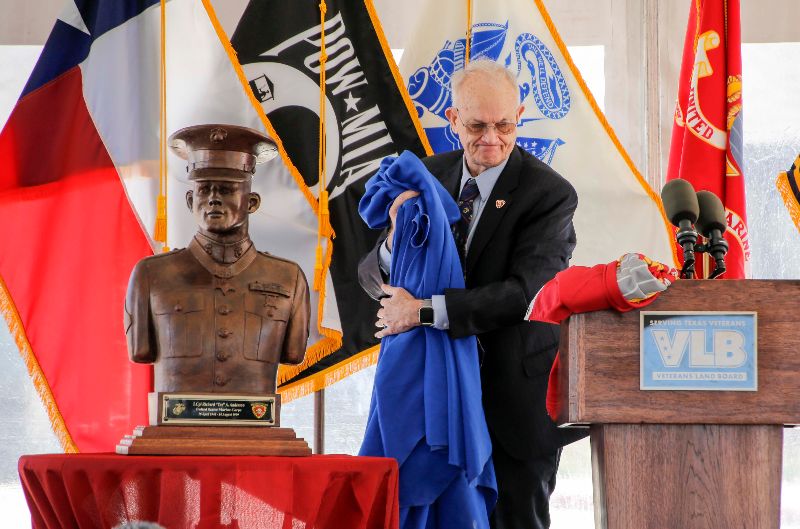 Likeness bust of Richard A. Anderson, home's namesake and Medal of Honor recipient