AUSTIN — Today Texas Land Commissioner George P. Bush announced the Texas General Land Office (GLO) has completely rebuilt more than 2,000 homes for Texas families through the Homeowner Assistance Program. This achievement marks an important milestone in a program that is anticipated to rebuild more than 6,000 homes using more than $1.3 billion in available Community Development Block Grants for Disaster Recovery (CDBG-DR), plus an additional $500 million in Community Development Block Grants for Mitigation (CDBG-MIT), funds from the U.S. Department of Housing and Urban Development (HUD). More than 3,800 applicants have been approved for assistance by the GLO, more than 1,000 are in pre-construction (awaiting applicant approval of final design plans and permits) and more than 400  homes are currently under construction in addition to those completed.

"These 2,000 homes rebuilt by the Homeowner Assistance Program are more resilient against storm damage and flooding," said Commissioner Bush. "This achievement represents 2,000 families who have a safe, comfortable place to live and call home." 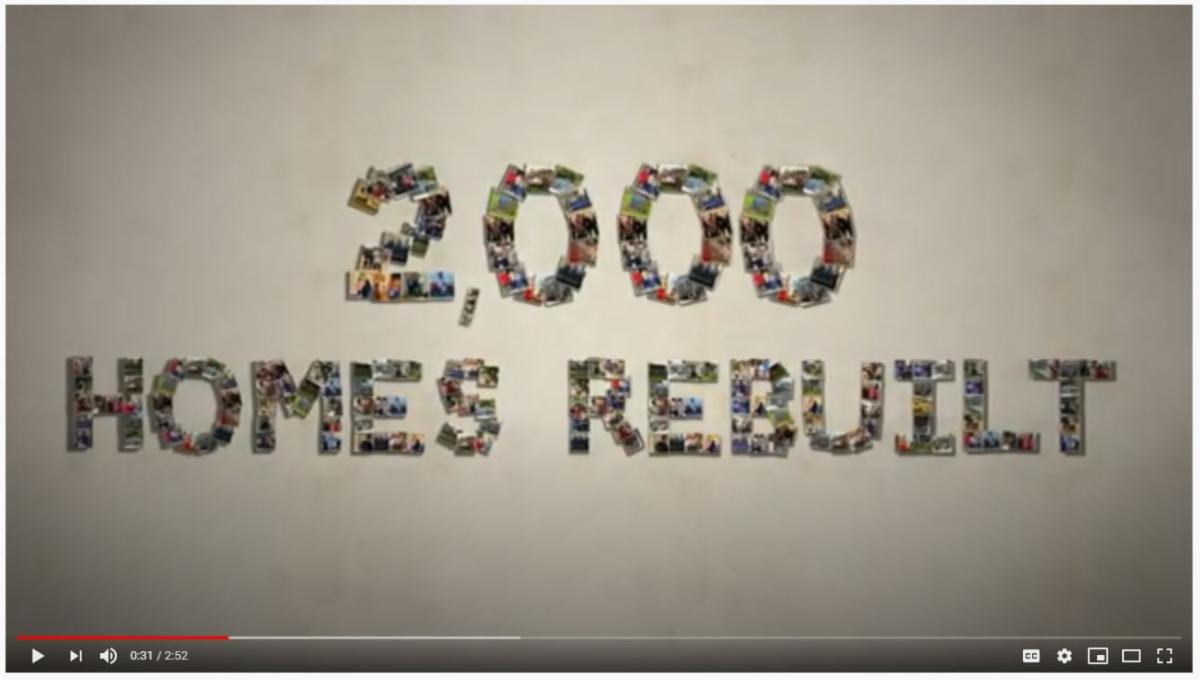 "The Texas General Land Office is proud to be setting a record pace toward helping thousands of Texas families rebuild their homes and their lives," said Commissioner Bush. "With an active hurricane season still underway, the GLO continues to leverage federal dollars efficiently and effectively to help communities and families rebuild and mitigate against future storms."

Despite an active hurricane season that brought additional flooding to several areas, the GLO's success has opened a new chapter for thousands of Texas families devastated by Hurricane Harvey and other major storms. Through a variety of programs, the GLO remains committed to building stronger and better for a more resilient future.

The GLO will soon conclude the state's first ever Homeowner Reimbursement Program, reimbursing those affected by Hurricane Harvey for eligible out-of-pocket home repair expenses. The program's efficiency yielded an additional $3 million in costs savings, which enabled the program to provide reimbursements for all applicants eligible under U.S. Department of Housing and Urban Development's (HUD) rules for the available Community Development Block Grant for Disaster Recovery (CDBG-DR) funding. When the program soon concludes, the GLO will have reimbursed more than 2,900 applicants for more than $86 million in out-of-pocket home repair costs.

The GLO Multifamily Affordable Rental Program is improving local housing inventory and ensuring low income residents and families have safe, habitable and affordable places to live. Across the state, 81 multifamily developments, or 5,930 units, are being built through the program. Thus far 10 developments are complete with 58 currently under construction. More than $170 million has been expended to date. By the end of 2020, the number of developments complete will have more than doubled with the overall expenditure projected to be more than $200 million in disaster recovery funds serving the community.

In addition to homes, infrastructure in many communities was overwhelmed by Hurricane Harvey's heavy rainfall. The GLO allocated $413 million in Hurricane Harvey recovery funds for infrastructure projects and $275 million for local buyout and acquisition programs. These funds help fortify communities against future disasters and relocate families out of repeatedly flooded areas. To date, 196 applications have been approved with 183 of these fully executed.

The Texas General Land Office is also administering $4.3 billion in federal funding for mitigation. In May, the GLO launched the application process for the first round of more than $2.3 billion for mitigation projects to protect Texas communities hit by Hurricane Harvey and severe flooding in 2015 and 2016. The GLO will be administering the funds allocated by the U.S. Department of Housing and Urban Development (HUD) through the Community Development Block Grant Mitigation (CDBG-MIT) program. All applications must be completed through the GLO online portal at recovery.texas.gov/mitigation. More detail can be found in the CDBG-MIT Competition Application Guide also found on the webpage. Applications are due at 5:00 pm October 28, 2020.